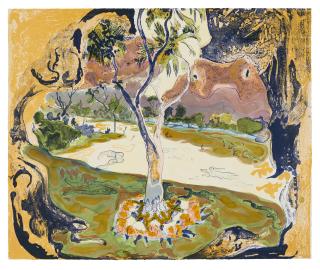 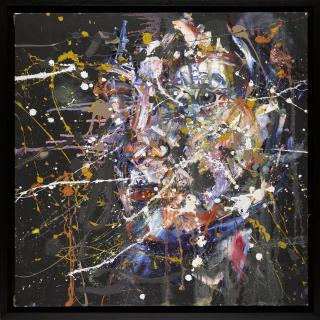 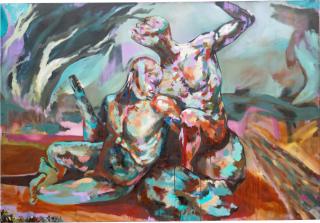 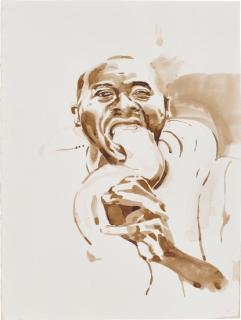 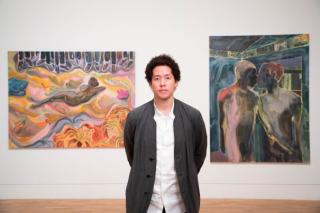 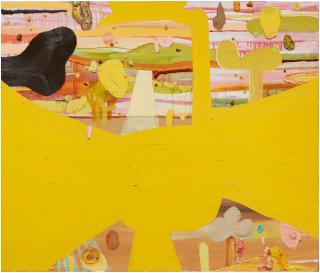 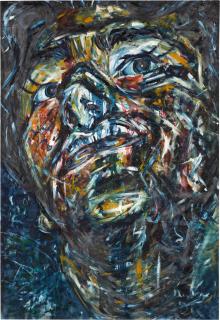 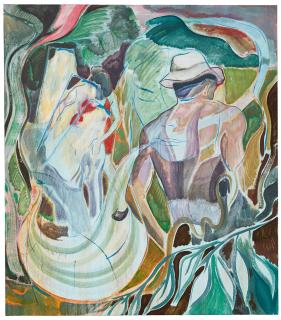 When Michael Armitage discovered Lugubo in Nairobi in 2011, he had found the right medium for his paintings. Lugubo is a cloth made from the bark of the Natal fig and used in rituals and as a shroud. The tradition originated with the Baganda. Armitage simultaneously locates and destabilizes the subjects of his paintings through Lubugo, as he himself explains. The irregular surface creates the typically amorphous shapes of his works as the paint is applied. Seams also occupy prominent positions in the paintings.

Armitage was born in Nairobi in 1984, his mother is Kenyan, his father English. Throughout his life Armitage has moved between countries and cultures, even today he lives alternately in his native city and in London, where he studied art. Since January 2022 he is a member of the Royal Academy of Arts in the field of painting.

The paintings of the young artist uniquely combine East African and European painting traditions. In mythical, sometimes dreamlike compositions, Armitage processes current political and pop-cultural events. He presents the absurdly mundane as well as socially critical positions in a broad palette of colors and large formats that viewers can hardly escape. Armitage devotes his attention especially to lesser-known stories from Kenya.

In 2020, the painter founded the Nairobi Contemporary Art Institute, with which he aims to promote contemporary art in East Africa and create an archive on artists from the region. Armitage is considered an exciting voice in contemporary art. He already has solo exhibitions to his credit, such as in London, Hong Kong, New York, Munich and Copenhagen. In 2019, he participated in the Venice Biennale. 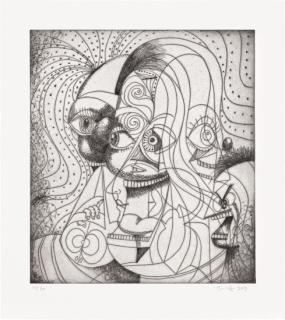 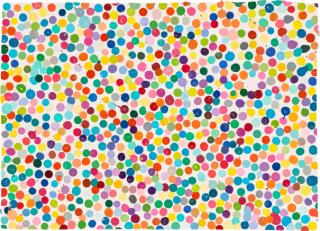 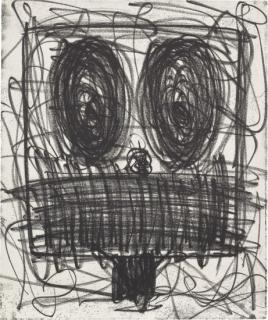 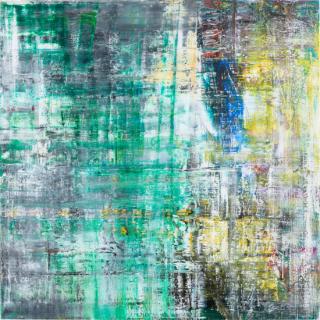 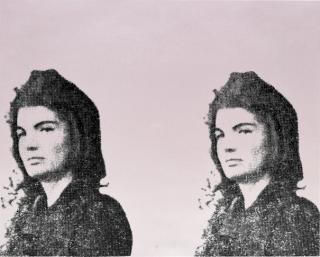 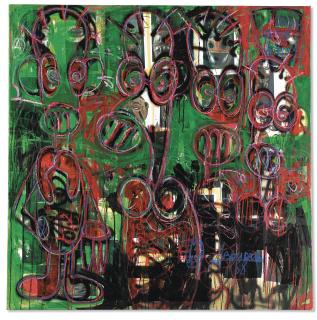 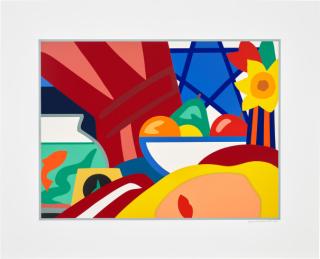 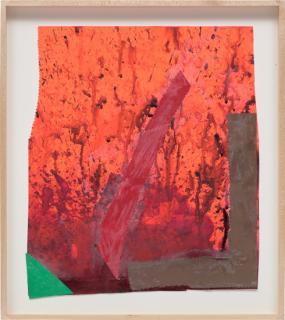 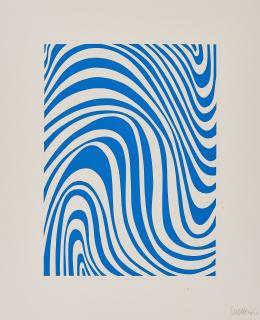