80 meters long, painted with an iPad: Brit Hockney creates a monumental work inspired by his new place of residence, Normandy. The Musée de l'Orangerie will show the work from October 13, 2021 to February 14, 2022.

The Musée de l'Orangerie is best known for Claude Monet's water lily paintings, which together are more than 100 meters long and can give the impression of a frieze. Now it is exhibiting Hockney's frieze, some 80 meters long, which will surely further add to the fame of one of the most expensive and famous living artists.

Some recent auction results of Hockney 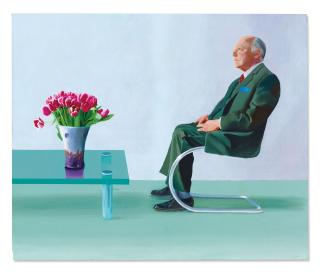 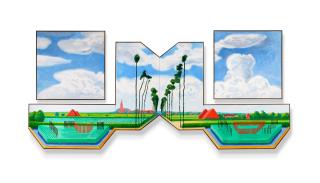 Hockney worked for a long time in Los Angeles, where he became a 20th-century art star for his landscape paintings and portraits. In 2000 he moved back to England and for the last few years he now lives in Normandy. Here, painted in an impressionistic style and outdoors, he created many landscape paintings on an iPad, Hockney's predominant technique for over ten years. One of his works is the frieze depicting the arrival of spring and the passing of a year in Normandy. In preparation for this monumental work, Hockney studied, among other things, the narrative cycle of the nearly 70-meter-long 11th-century Bayeux Tapestry.

The changes of spring and the changes of light have preoccupied Hockney for years. The iPad allows a fast painting method with many transparent layers laid on top of each other and is therefore ideally suited − even better than watercolor − for this type of painting, according to Hockney. In his opinion, William Turner would also have preferred this new technique to any other. 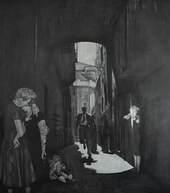 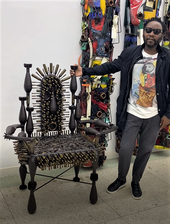