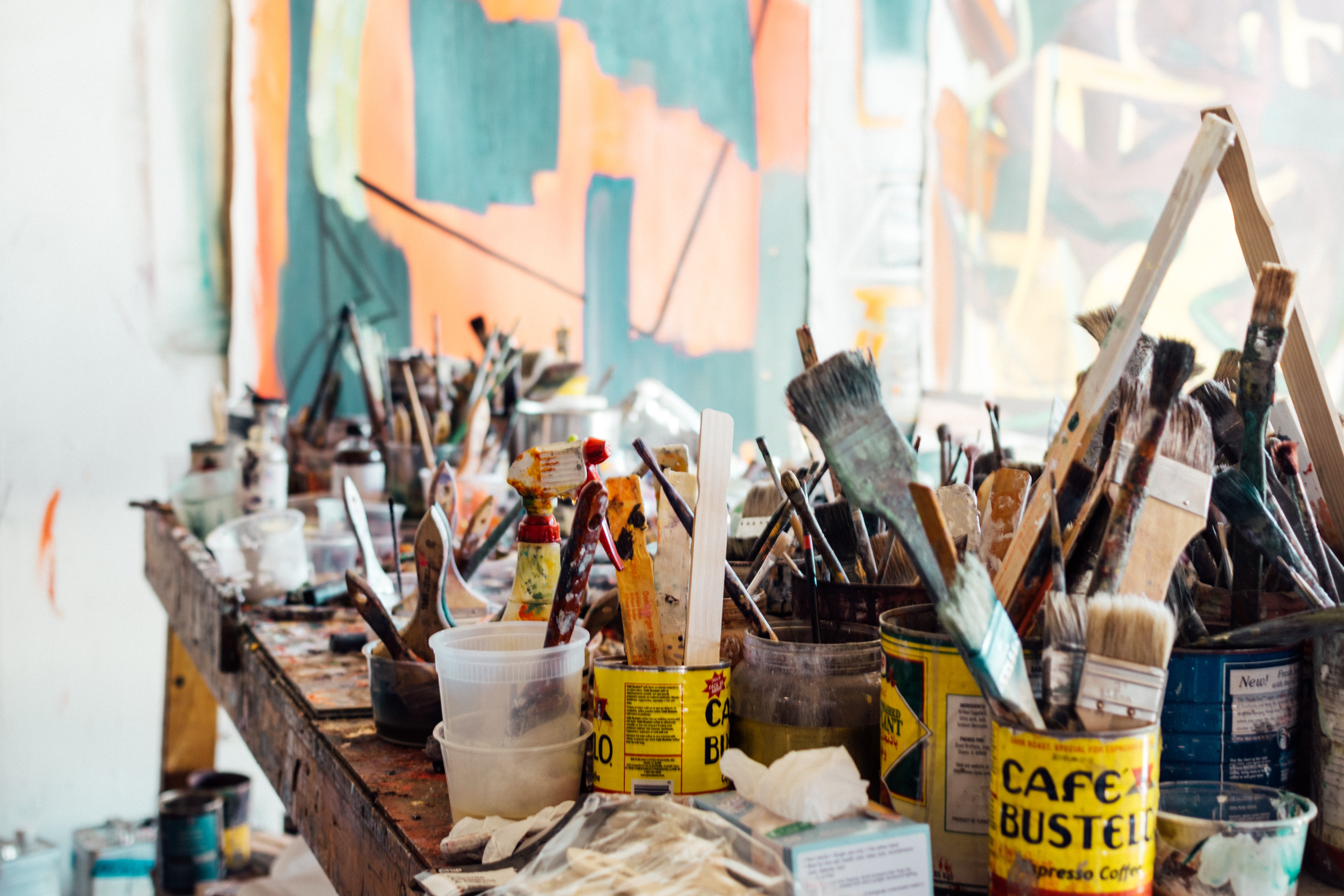 The art world has many stories to tell. Not every one gets the attention it deserves. The scene is too quick to focus on traditions or short-lived hypes that only help a few achieve their fifteen minutes of fame. It forgets what art and people are all about: diversity. The Art.Salon presents institutions and personalities that stand out through creativity and commitment and even give a voice to those who are otherwise not heard.

From 12,000 to 1.5 million US dollars in two years: The painting Summertime (2020) catapulted Anna Weyant into the top league of the art world. She is the youngest artist in the Gagosian Gallery, and the waiting list for her works includes several hundred names. She is the Rising Star of the year.

New York »wunderkind« − Ten years after his flight of fancy 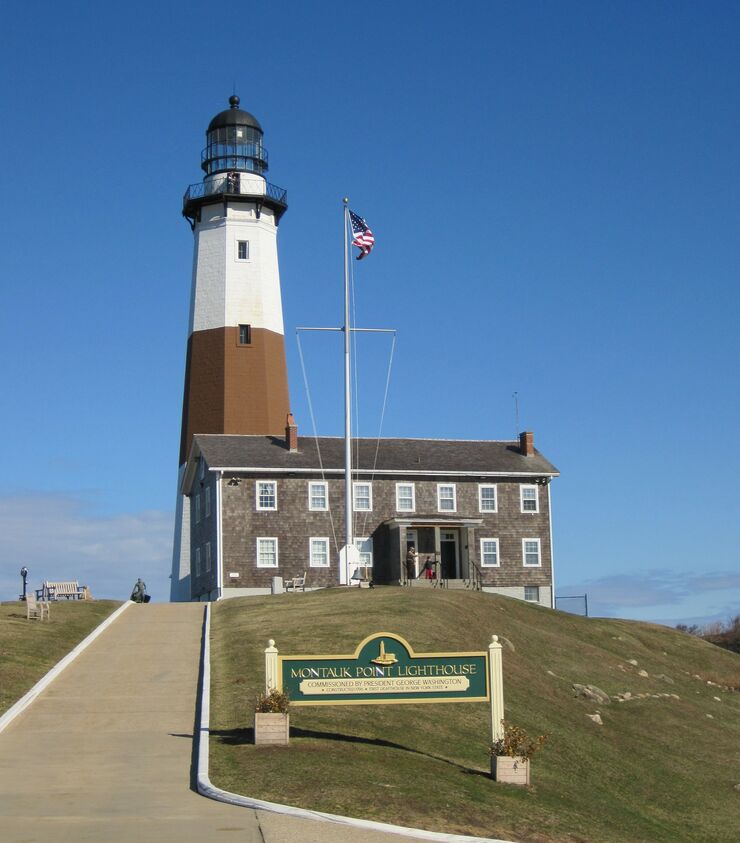 Montauk, a village in the USA with 4,000 inhabitants nicknamed »The End«. This is the home of the artist Lucien Smith, who ten years ago shook up the New York art scene as a »wunderkind«. But it is not yet the end for him. In rural surroundings, Smith finds new creativity: »For the first time, I feel like a real artist.«

Amoako Boafo - A figurative painter from Ghana takes off

The Ghanaian painter Amoako Boafo paints exclusively Black people to honor these characters in the pictorial tradition of portraiture. In doing so, he is putting a whole new stamp on figurative art. And it's catching on: In February 2022, one of his paintings was auctioned for around 1,264,000 euros.

The portraits of the young artist Jordan Casteel show people in everyday life situations from the middle of US society, who have long been underrepresented in the American art world. With her works, she manages to make these unseen people visible, to change our perspective, and to bring their individual personalities to the fore. Now the international art market is also becoming increasingly attentive to the artist. 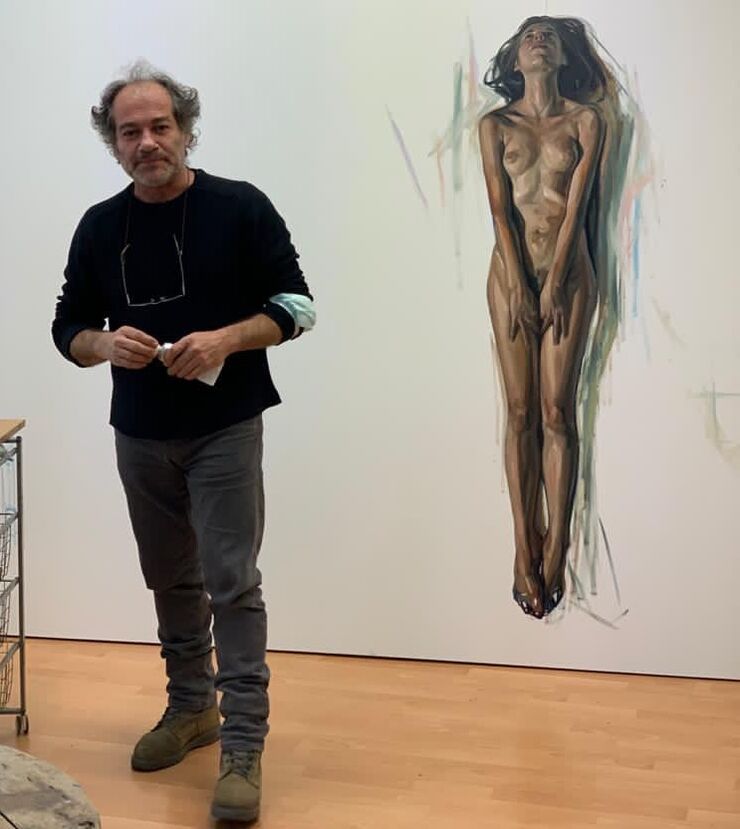 Portraits of an invisible reality

It takes courage to have your portrait painted by Mustafa Özel. Courage to know yourself. The real, true, warts-and-all you. An x-ray of your soul. More honest a reflection than that of any mirror could ever be. And so while Özel’s oil paintings may be somewhat of a risky affair for his subjects, for the art world they are an absolute gift. Portraits of rarely seen depth and intensity. Viennese Modernism in 21st Century Istanbul. 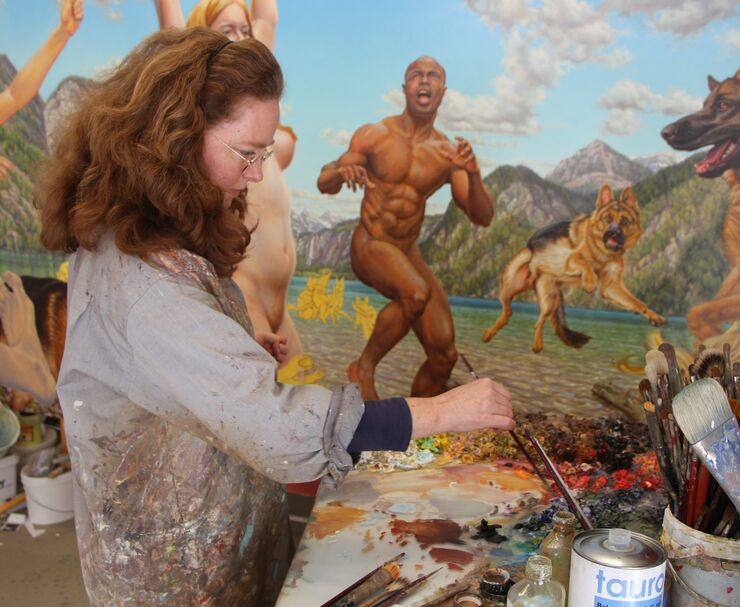 The alienation of man from nature

Susannah Martin is a figurative painter dedicated to a classical subject, nude figures in nature. As traditional as this positioning sounds, her works are surprising, fresh and unseen. Brilliant craftsmanship, at first glance never quiet, at second glance they have unexpected depth. 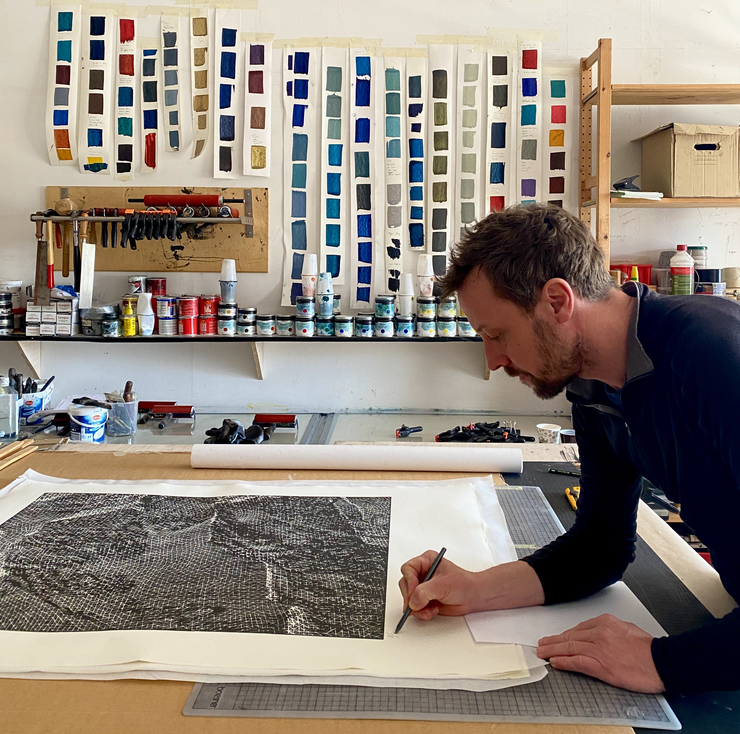 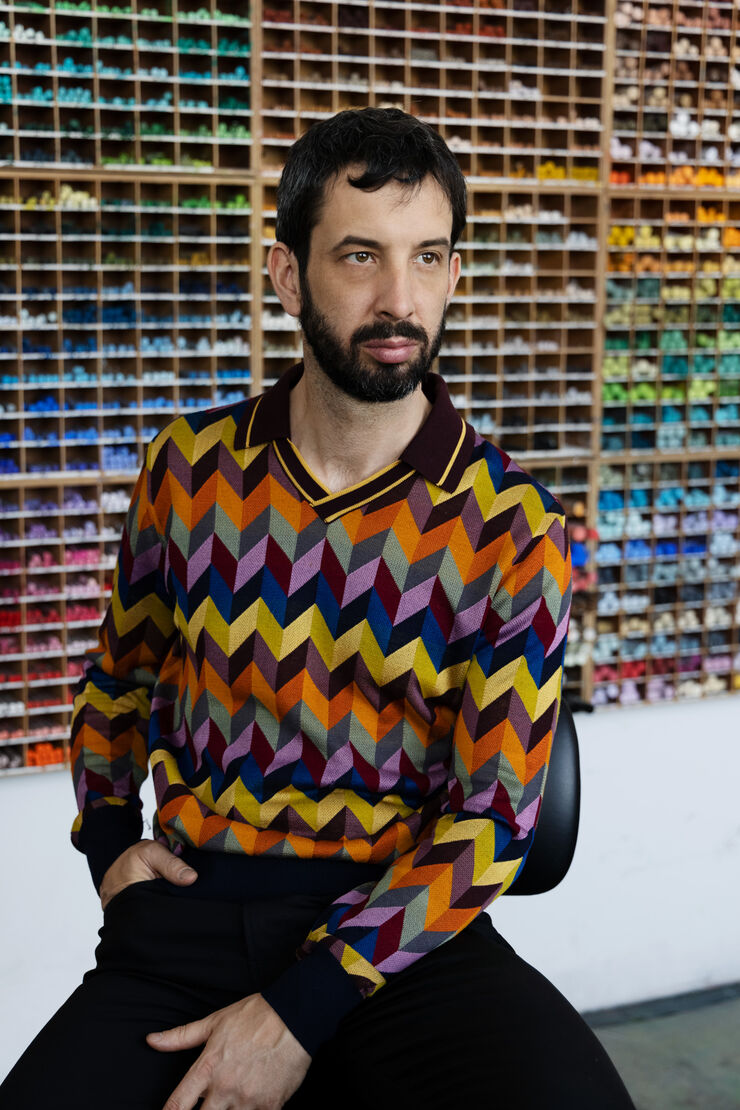 The world in pastel

With simple portraits and landscapes in pastel, the Swiss painter Nicolas Party succeeded in rising to the top of the art league. The former graffiti artist captivates with universal themes and used the pandemic for monumental projects.

She began her career just five years ago: Jadé Fadojutimi has already stirred up the art world. Some of the works of the youngest artist, who is represented in the Tate Gallery, cost millions.

A newcomer in the fast lane

From the London Art School to art heaven - Oli Epp has made it in a flash. Even if he doesn't want to be labeled an »Instragram artist,« he owes his success to social media. 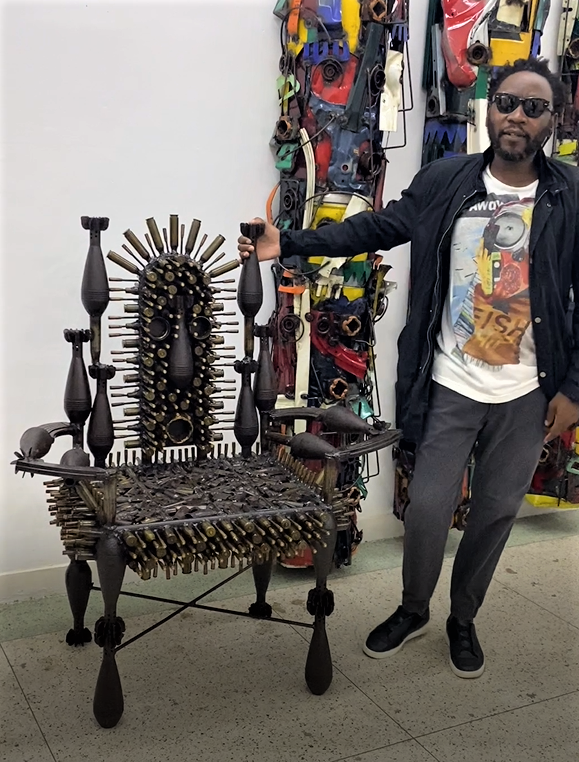 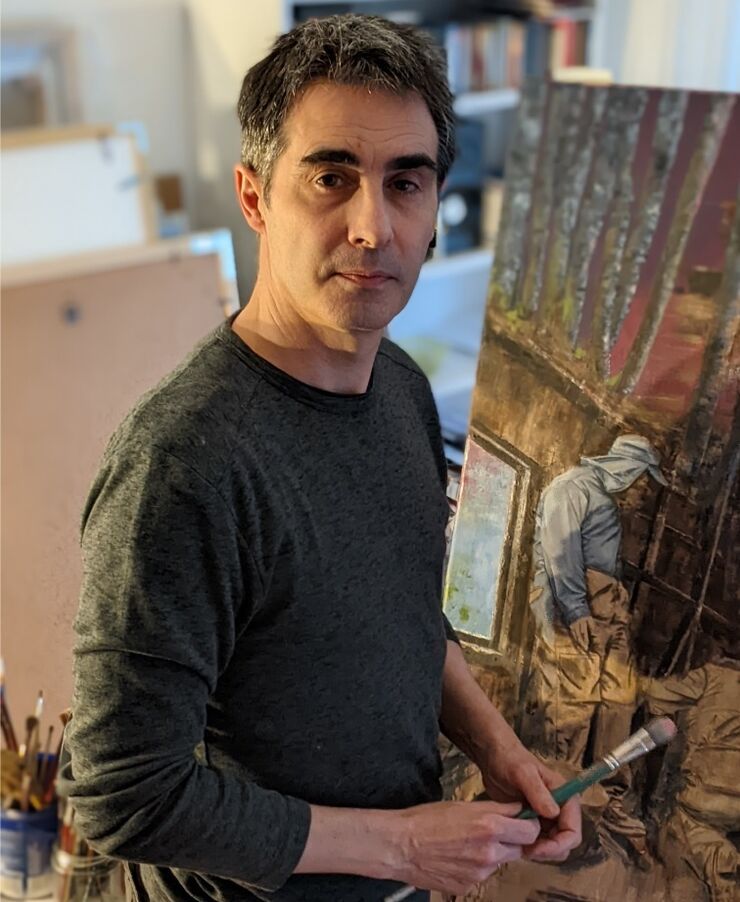 Unai Etxebarria paints picturesque scenes rich with wit and astuteness that comment on the events of our times. The scenes, in oil on canvas, seem close and palpable – and yet they remain mysterious, challenging the viewer to decipher the picture, to make assumptions, to work out an interpretation for himself. His pictures are an aesthetic pleasure and an intellectual adventure. Those who let themselves be drawn in will be richly rewarded. 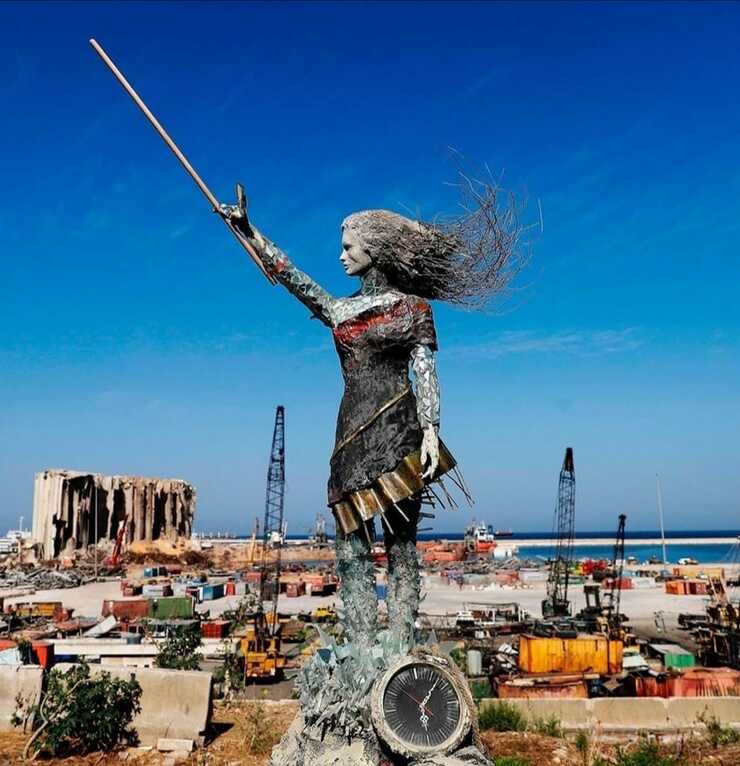 Born in the revolution

Hayat Nazer uses her art to comment on the protests in Lebanon, which have been going on for over two years, creating striking sculptures that have become symbols of the Lebanese revolution. In doing so, she has entered uncharted territory and reached a first important milestone in her search for an artistic position. 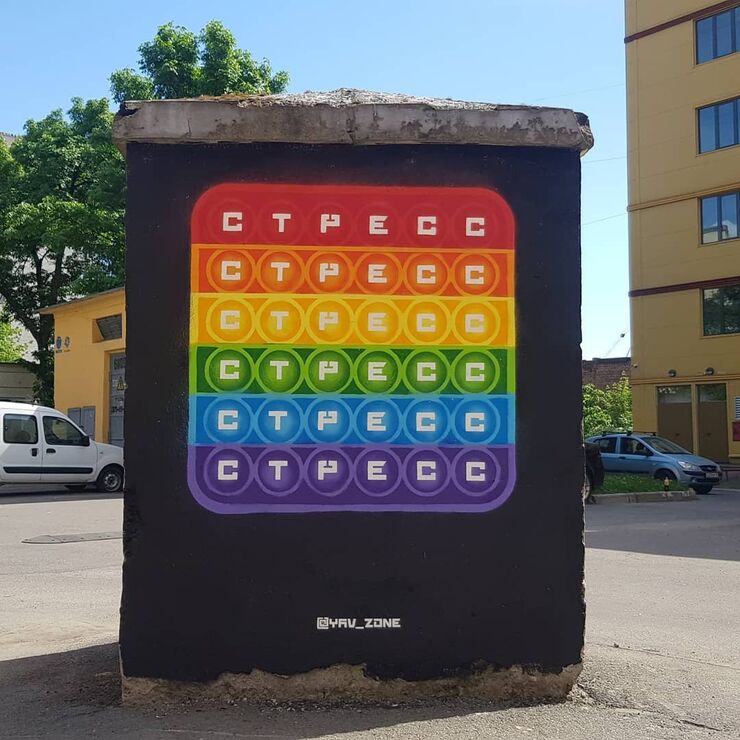 Art against state power - from the street to augmented reality

The artists' group yav from St. Petersburg take a stand against the political situation in Russia. To counter the ephemeral nature of their street art, they have developed an app that permanently preserves street art and creates new possibilities for art in the (virtual) public space.

She boxes, screams and destroys

Teaser: She's not afraid to grab attention: The world's most dangerous woman smashes cars, screams »You have no idea« at the top of her lungs, even punches herself with boxing gloves. Selma Selman's performances stick, as does her commitment.

The life and work of an iconic artist who today regularly breaks auction records.

The indomitable artist Louise Bourgeois stirred up the U.S. art world until she was nearly 100 years old. Born near Paris in 1911, she reckoned with her oppressive family history until her death in 2010: Ambiguous genitalia, morbid massacre installations, oversized spiders, and numerous other creative works bear witness to this cathartic process.

The documenta is considered one of the most important exhibitions of contemporary art worldwide. Every five years, Kassel's "Museum of 100 Days", as the documenta in Kassel is also called, welcomes artists, cultural workers and visitors.

A total of 79 national contributions (»partecipazioni nazionali«) have come together at the 59th Venice Art Biennale 2022 – from Egypt to Venezuela. That's an almost unmanageable amount if you can't take three or four days for it.

Art makes politics – but that does not only refer to the work. Art politicizes itself not only through its creator. Also the scene reproduces injustices. The Art.Salon explored political controversies such as the gender pay gap and looted art.

What affects your choice of colors? What made you start making artwork out of old books? You are in fact a mortician and now also gallery owner, how did that happen? Art.Salon allowed itself to ask artists questions that literally impose themselves when looking at the Art. The interviews with contemporary artists allow us to look deeply and understand better.

The art world has many stories to tell. Not every one gets the attention it deserves. The Art.Salon presents institutions and personalities that stand out through creativity and commitment and even give a voice to those who are otherwise not heard.

Is Beeple the blueprint of an artist in the 21st century? How a computer scientist shook up the art world with NFTs.